A large landslide with colossal boulders measuring and sometimes exceeding 500-1000 cu.m. blocked the only access road to the hamlet of Rabenstein in Moso in Passiria (BZ – North Italy). The largest boulders lay on a steep craggy slope and so it was feared that they might roll downhill and engulf the public road. The size of the boulders, combined with the difficulty in gaining access to them, as well as the lack of dwellings or other buildings in the vicinity, led Civil Protection to commission a company specialised in demolitions using explosives with the aim of removing the danger.

The alpine environment lacking dwellings combined with the need to use excessive amounts of explosive due to the difficulty in gaining access and therefore in boring, provided an opportunity to plan an artistic performance around the act of demolition. That is to say it was possible to seal the top of the shot hole filled with explosives with white quartz powder mixed with powdered natural dyes. The detonation of the explosive and the gas it released then volatilised the powdered dyes creating colourful puffs. The expulsion of gases was maximised by combining the dynamite with black explosive powder which, despite having less energy, releases a greater quantity of gas.

The performance was made possible thanks to the close technical cooperation with professional Blaster Giacomo Nardin. The event took place on the 15th of October 2013 and it was photographed and filmed from start to finish in high definition. 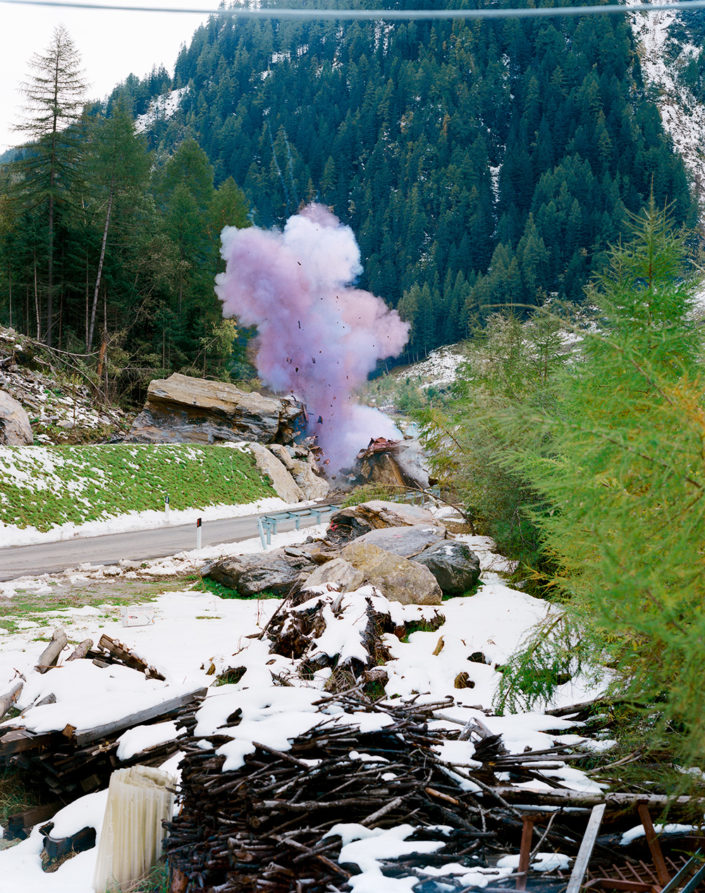 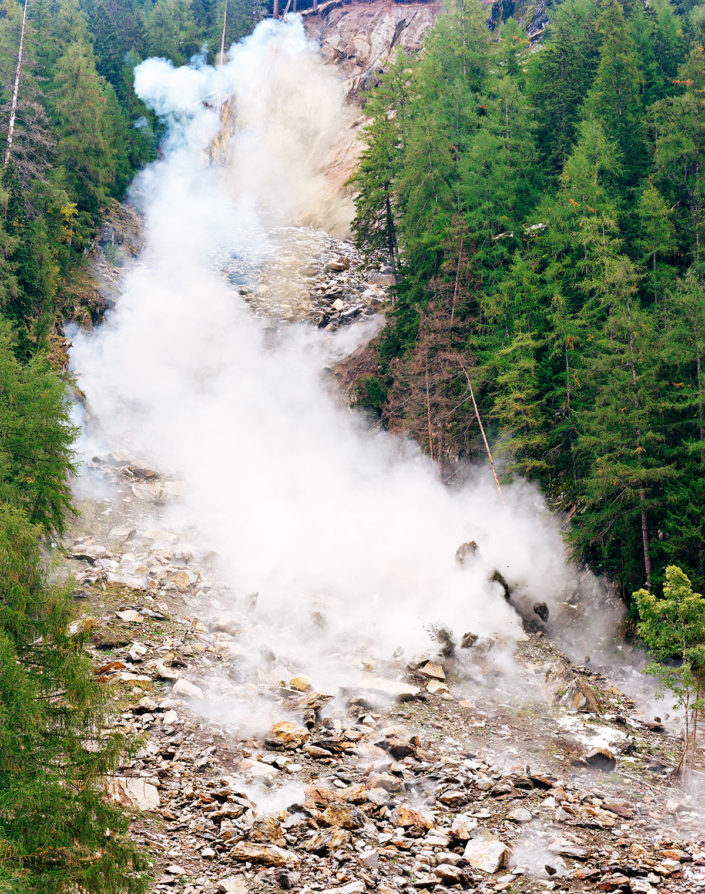